I have not painted small painting for months. I was working on the bigger painting like Tranquil Lake (that I posted earlier) and some 3D works for sometimes. I decided to do a small work and here is the painting. Hope to hear your comments. Thanks.

I wanted to paint a painting with image of full moon for sometimes. I always look at the moon during full moon time and think about how I would compose the painting. I worked out this painting sometimes ago. A quiet and peaceful Full Moon Night. 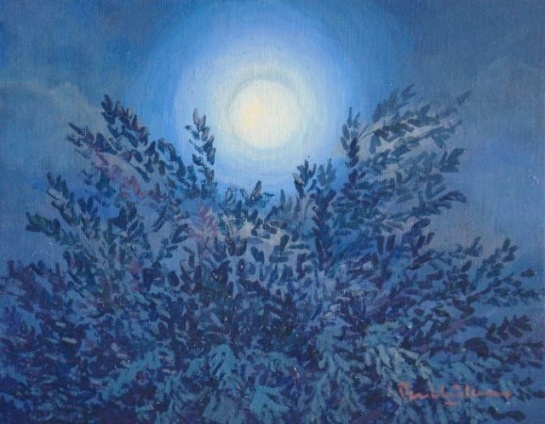 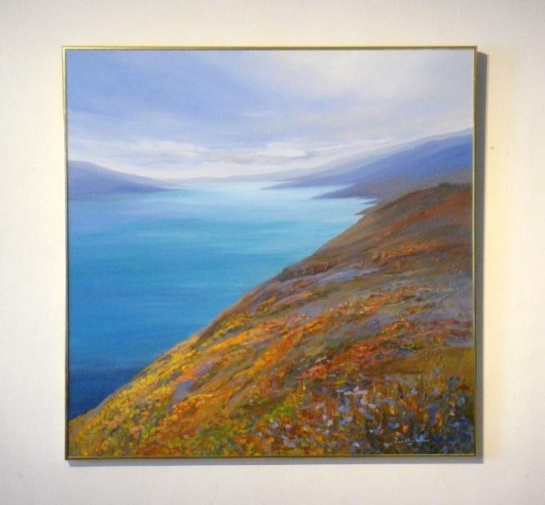 This painting has been displayed on my wall for sometimes. Hope you enjoy it too.

I experimented working with acrylic on rice paper. I have left it there for sometime without any intention to complete it. There is no reason for that. I saw the paintings today and I decided to give a finishing touch on them. I have signed them today, at last, two paintings done!

I am happy to make beautiful fine art greeting cards for customers since 2003. My first customer is Ms Irene Ng (MP for my living area Tampines Changkat), she suggested me to make cards for her. A way of supporting art. I have made many different cards for people who like to use my cards since then. I have completed making these card and shall be sending them to her office this afternoon. If any of you like to buy or order small quantity of my exclusive fine art greeting cards do feel free to email me.