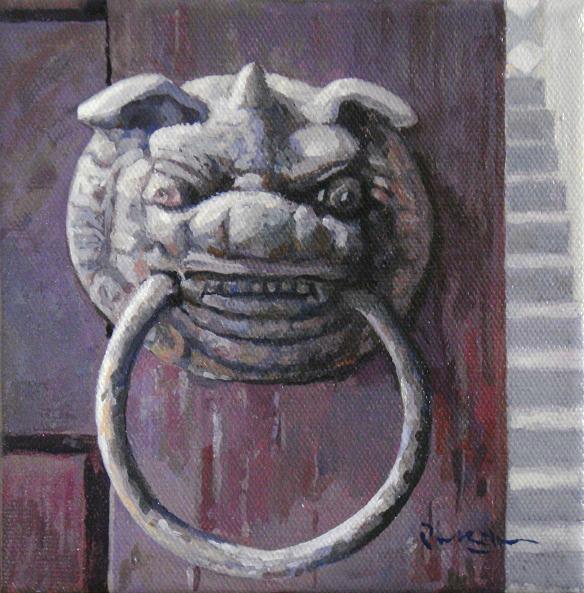 This happened in 2010. I told my mother that I painted a painting of a lion head knocker handle. She came to my house just to see it. She looked at the knocker knob painted on the canvas and started talking, and she also showed a funny expression to the picture. I was surprised to see those actions.

My mother told me that she had a lion head knocker handle on the door of her house in China when she was a child as if it was painted on this canvas. The knocker handle was there when she was born. She said she often plays with door knockers at home. She likes to say hello to the lion head on the knocker knob when she goes home or leaves the house.

She told me that the lion head greeted her at her door every day. Every time she passed by the door, she said "hello" and "goodbye" to the lion head. The knocker handle has the characteristics of a lion's face. It has eyes, nose, and mouth, so when she was a little girl, she talked to it, touched it and played with it. I can understand that.

She said that since she left home at the age of 12 to Hong Kong, she never saw the lion-faced knocker handle again. When my mother told me, she was holding the painting I painted.

You know, when my mother was leaving my place, she went to say the Bye-bye to the lion head on the knocker I painted, just like saying goodbye to an old friend.

Painting has the ability to recall memories and share personal experiences. That's great! 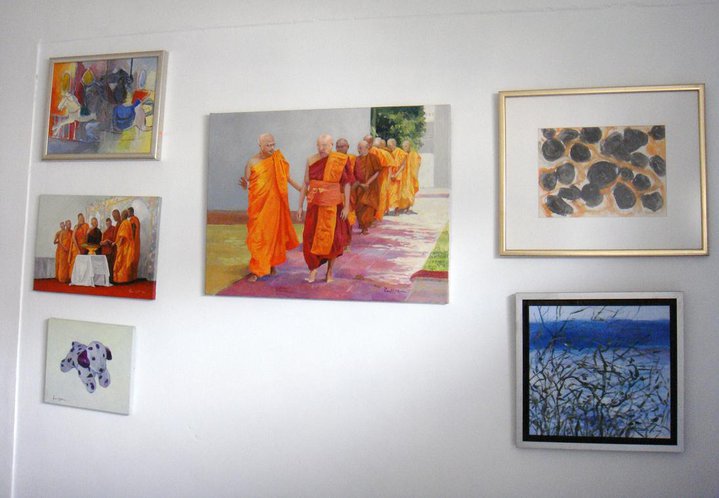 Occasionally, people ask me do I have an art exhibition, I told these people I have had some art exhibitions in the past, but nowadays I have an art exhibition of my work online 24 hours every day instead. This practice has been around for a long time. It can reach out to more people and it is more cost-effective. Any interested buyer can consult and buy paintings directly through the Internet. Pay online and ship worldwide. For those who like to view the works, they can make a private appointment to view them in the studio of my house. 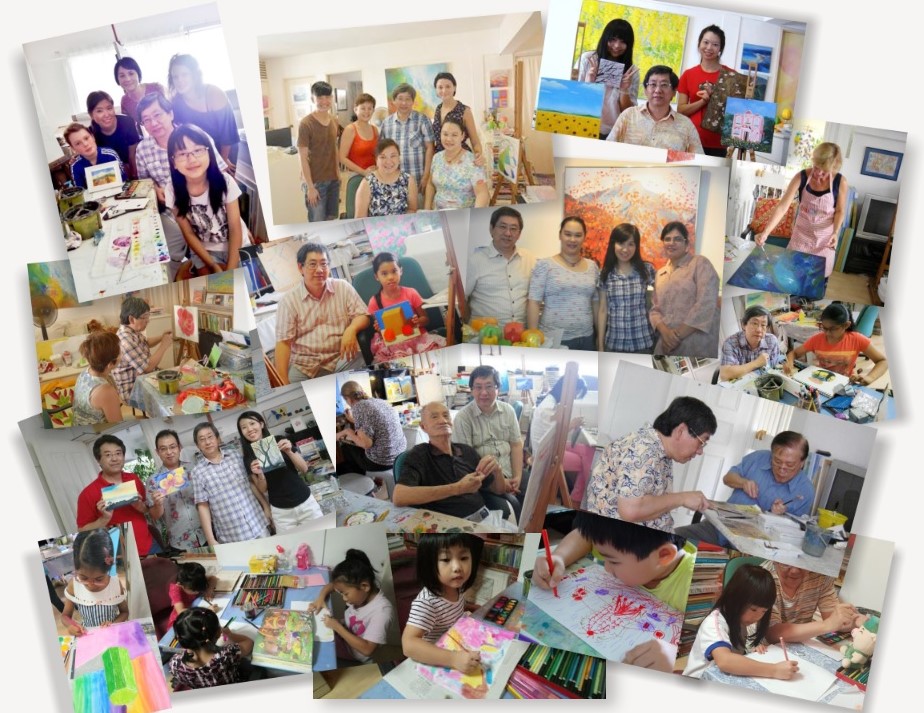 Drawing and painting lessons for adults in Singapore.

Painting and sketching/drawing lessons with Singapore artist Prabhakara Jimmy Quek are available for beginner and for those who wish to improve his/her painting skill and techniques. Location is at Tampines at the artist’s studio. Small group or one-on-one sessions are available. Each person would progress at his level. Anyone interested to learn acrylic painting (at all level) or drawing could join anytime as long as there is a vacancy in any of the sessions.

Visit www.pabha.com/artclass.htm for details and booking. 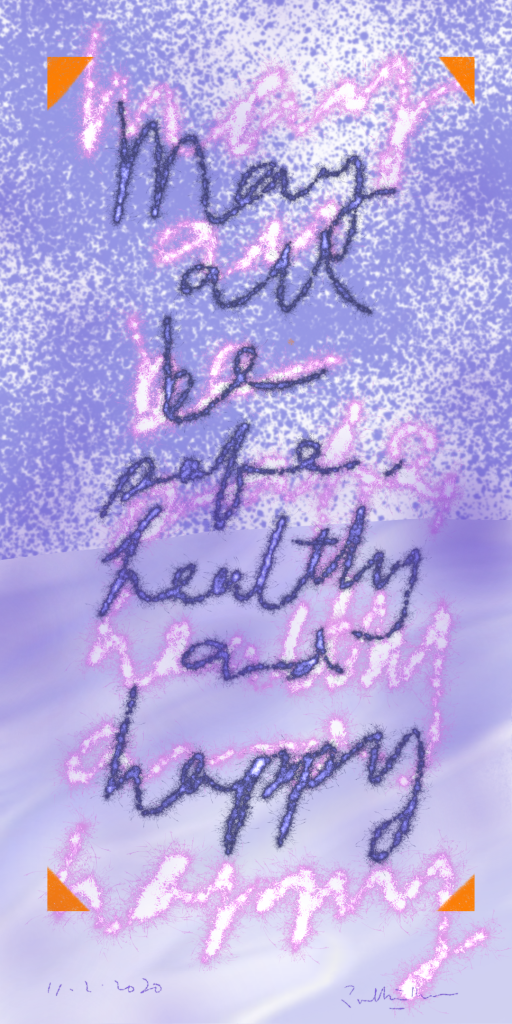 The year 2020 is a challenging year. At this challenging time of global emergency, follow the wise and professional practice, do the right thing and follow good advice is the best.

May all be safe, healthy and happy.